CFP: Czech and European Music between Political Agitation and Autonomy 1938–1968 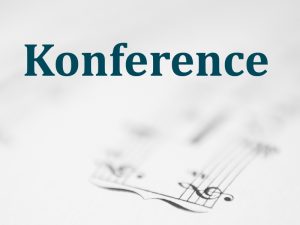 Student workshop at the Czech Academy of Sciences, 22–24 September 2022

All European societies had to respond to the major political upheavals, wars and crises of the 20th century, with some parallels and differences coming to light. In changing political systems – during the Nazi terror as well as under state socialism – musicians, composers and audiences either sought to maintain their autonomy or opened up to political agitation. The workshop aims to explore how aspects of autonomy and agitation are reflected in the practice of composition and music making. To this end, a comparative approach is taken by examining different repertoire from before, during and after World War II.

Possible fields of research include but are not limited to:

The workshop is aimed at undergraduate and postgraduate students including doctoral candidates at the early stages of their research. Applications should include an “Expression of interest” in one of the proposed fields (1 page) and information on the applicant’s university status (study program and current semester). The working language is English; proficiency of English at least at level B2 is required.